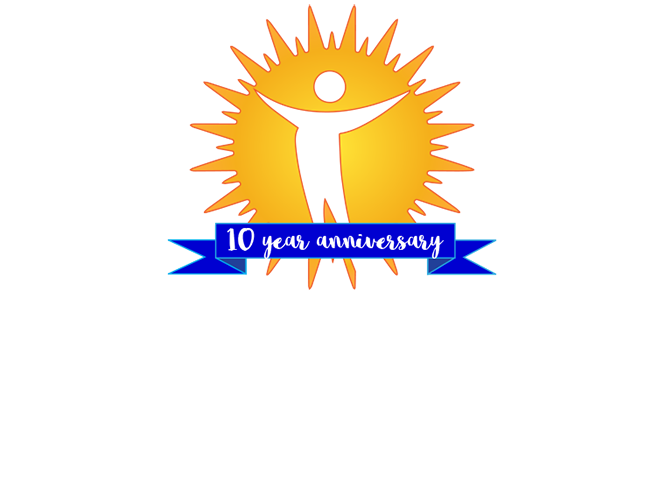 G-thamini is dedicated to empowering our youth with positive self-awareness and self-esteem in order to make the right choices in life.

“Thamini” is a Swahili word that means “to value.” The G-thamini Youth Group is where personal values take root. G-thamini is dedicated to empowering our youth with positive self-awareness and self-esteem in order to make the right choices in life. They operate within the primary and upper schools in the Mukuru slum of Nairobi, Kenya. G-thamini is registered as a Community Based Organization (CBO) with the Kenyan government. MPower Now established its relationship with G-thamini in December of 2012 and is proud of their continued impact on the community together.

G-thamini was founded in 2008 by a dynamic group of 6 young Mukuru residents, all of whom had benefited from the opportunity to attend higher education.   They dreamed of cultivating these same values in the younger members of their  community.  This grass roots project has grown tremendously over the past decade, from reaching 150 students in its infancy to over 20,000 today. 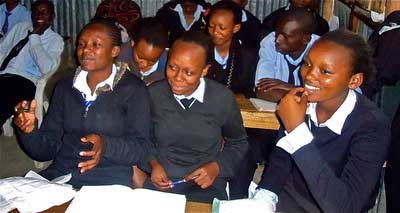 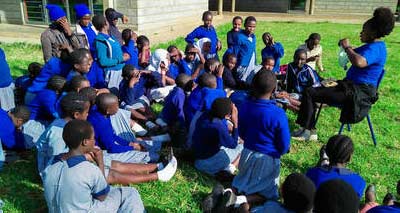 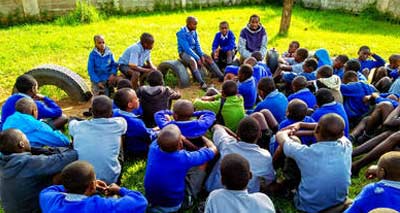 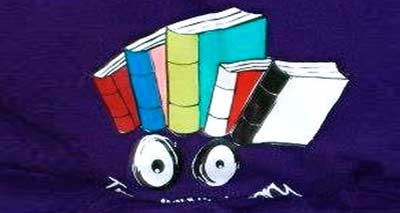 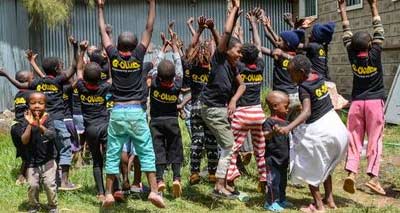 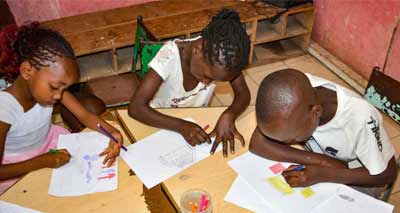 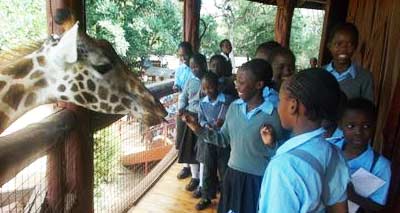 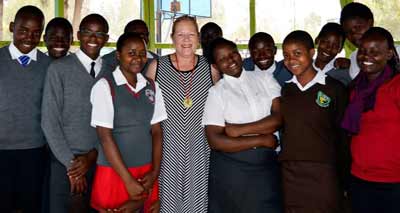 Please consider a tax deductible donation to MPower Now so the G-thamini Youth Group can continue to nurture and stimulate the young minds of Mukuru.

or click to make a donation by credit card via PayPal

If you shop with Amazon, please consider shopping via the link below and Amazon will donate 0.5% of eligible purchases to MPower Now.

From a young age Vincent Mutuku understood the concept of community. Growing up in Mukuru, the second largest slum in Nairobi, he watched his mother care for HIV neighbors whom she washed and then fed from her own family’s meager meals. She did this with love and compassion– the backbone of the Mutuku family values.  Today, Vincent amplifies those same values in his own work. In 2008, when Vincent was 22 years old, he found an outlet for his natural talent by co-founding the G-thamini Youth Group. Believing the youth in Mukuru needed to be given the opportunity to rejoice in their own value as diamonds in the rough, he shared with seven students some basic self esteem and leadership building exercises. As they began to understand their own potential and the role they themselves could play in Mukuru, the platform for an organization was formed.  Having attended law school, and prepping for the bar, Vincent is now positioned to propel G-thamini to even greater heights.

Annastacia grew up very aware of the cycle of poverty most children were trapped in. This awareness motivated Annastacia to enroll as a student at Premese Africa Development Institute and pursue a Diploma in Community Development with a specialization in Social Work. She has received additional training by Hope Worldwide Kenya as well as through Huru International under Dreams for our Daughter’s Project.  All these skills give Annastacia the power to be a change agent in her community. One thing that inspires her each morning is knowing that there are youngsters waiting to be mentored and empowered as leaders, thanks to G-thamini.

Francis has spent much of his life in Mukuru. After high school, he joined faith link networks and Zetech College where he studied computer packages, web design development and graphic design. He has been trained by Hope Worldwide Kenya in the following topics: Facilitation skills, Behavior Change Communication, Drugs and Substance Use, Sexuality, STI’s, HIV/AIDS, Partcipatory and Experiential Learning, and Adolescent Sexual and Reproductive Health. Unhappy with the way the boy child was being treated and the social injustices they suffered, the birth of G-Thamini, provided Francis with the opportunity to give back to his community, by inspiring and motivating these young boys to set their sites higher and make healthy life choices.  Francis is studying to complete his Accounting Technicians Diploma (ATD).

YOUTH DEPARTMENT AND IT DIRECTOR

Benjamin is known as a pied piper with the children.  He is a co-founder of G-thamini and  recently graduated Kenyatta University with a Bachelor of Information and Technology degree. Through his service at Pamoja Mtaani, as a game master, he had the opportunity to train as a Healthy Choices and a Peer Education Facilitator.  Benjamin believes that every child deserves memorable moments of happiness in their lifetime and treasures this opportunity to give back to his community.

Caroline began working with G-thamini in late 2015 and recently began leadership of the Thomas Court Library.  She enjoys helping the students expand their love of reading as well their self-esteem. A mother of two children, her favorite part of working with the organization is helping the children select the books that will further their dreams as they read.

Immaculate is a wife and mother of one who was born in Eastern Kenya. Immaculate has pursued a Diploma in Social Work and Community Development which has strengthened her role as the manager of the Teen Talk Program.  She loves the opportunity to cultivate the topics of discipline, self-awareness, integrity, and respect to the youth of Mukuru.

Josephine is a wife and mother from Western Kenya.  She went to college to study Community Development and Social Work so that she may give back to society.  She works to empower youth by helping them realize the importance of respect and to value themselves as individuals.  She wants them to know that where they come from does not determine their future so long as they dream and work smart to achieve those dreams.

Michael is a Nairobi native, who holds a Bachelor of Science degree in Mathematics from Moi University.  He currently helps coordinate the scholars’ program. His favorite part of working with G-thamini is having an opportunity to impart values he considers useful to the students, such as respect, honesty, and integrity.

Noor has worked with G-thamini since 2014 in many roles.  In addition to his role as a facilitator, he also coordinates G-Club activities. He organizes the yearly soccer tournament that brings the community boys together and creates a safe place for them to explore the issues such as crime and drugs. Noor also manages the after-school Art Program, helping the kids develop their innate talent.

Recky is an energetic  young lady, born and raised in Nairobi.  She holds a Bachelor’s Degree in Sociology from Kenyatta University.  She serves as a facilitator with G-thamini, where she treasures the chance to impact the lives of the youth and give them hope for a better tomorrow.

Mukuru kwa Njenga is the second largest slum in Nairobi, Kenya with an estimated 700,000 people living within 36 square miles (50km). This is an area with a high crime rate, vast poverty, and complete lack of sanitation.

Mukuru began as a quarry in Nairobi’s industrial district but was eventually closed down. It was left full of hazardous shafts and crevices and became a mosquito breeding ground. This was a death trap to children and adults alike, so the government converted it into a garbage dump. The trash filled the caverns and soon people began to build homes from the trash. Cardboard boxes turned to wood ant tents and then later into what it is today– a massive settlement with eight townships and homes made of discarded wood, garbage, and sheet metal. There is no running water or waste removal which makes sanitation a major issue.

The G-Thamini Youth Group was founded by members of the Mukuru community who dream of better conditions for themselves. Through youth outreach, they are cultivating the leaders of tomorrow for sustainable change.

MAP OF THE WARDS